I'm a little late on blogging for this month's Daring Bakers challenge. The reason being that I didn't know what to say about it.


Ruth from Makey-Cakey was our March 2013 Daring Bakers’ challenge host. She encouraged us all to get experimental in the kitchen and sneak some hidden veggies into our baking, with surprising and delicious results!
Now, the way I feel about this is that it's very silly business. When Jessica Seinfeld came out with her book I thought it was the dumbest shit ever. All I remember about eating veggies as a kid was that my mom made me do it. Period. She swears that I didn't develop any dislike of anything until I heard someone else complain about it. She even swears that I LOVED Gefilte fish when I was a kid. She never, ever made me a separate dinner from the family, and she never allowed me to skip her prepared dinner for mac and cheese or a PB&J. She told me once that she saw a friend of hers make her rather large daughter a PB&J for dinner and was utterly appalled.

Now you're probably thinking that she stayed at home and had all the time in the world or something, but no. She worked full time my whole life and came home and made dinner. She didn't grow up with alternatives so neither did I. My mother is very formal about dinner and is often nauseated over things like how Americans switch their knife over to their right hand when it belongs in the left. I had to sit up straight, use all the correct silverware, have a napkin on my lap, stay for proper tea and biscuits after, ask to be excused, and if you slurped....god help you. We ate in the style of Downton Abbey, except my mother had come home cranky from being a grocery store clerk and dealing with assholes all day, and my dad walked in the door and sat down for dinner still wearing his pocket protector. We ate in a tiny kitchen nook, the news was blaring from the tv, and my parents were so tired they just stared off into space the whole time.

Now she swears up and down that coming home and cooking from scratch every day is an exhausting, unappreciated enterprise that smart women should avoid if at all possible. At the same time she doesn't believe in fast food, so maybe her version of things is a little unrealistic. When I was growing up, she made the type of ethnic food that required hours and hours of standing, stirring, chopping and so forth. Of course she eventually learned the marvels of pasta and taco nights, but that took a while. My dinners now can be experimental, but I save the rigorous ethnic stuff for holidays when I have all day to torture myself, or have fun making a huge mess.

While I remember always having to eat what was on my plate, I also remember my mother having to be satisfied if I just tasted her Russian beet salad or Borscht with sour cream. I did not like beets as a child and still do not like them. I do eat them now if they're shredded on a salad that consists primarily of other things and I have developed a sort of mild interest, but in general I am not a fan. My mom might have just had to pick her battles on some of the veggies.

If you're going to hide veggies to get your kid to eat them, I have little to judge this on. I do not yet have children and have no idea of the demands or frustrations whatsoever. But, I also don't know if by covering beets in chocolate and sugar you still retain nutritional value, or if kids would be willing to eat the real thing afterwards once they find out. I was pretty reluctant to do this challenge for this reason. I simply don't see how covering something with sweets counts as getting your kids to appreciate vegetables. But, hey if it works then why not?

I did some research to find recipes that I actually wanted to try. Little did I know that there were hundreds of recipes hiding beets in various ways. Clearly, this was the thing for me to try. Will I taste them in a chocolate cake? Will it make the cake better? I decided to find out.


Mixing batter with beets in it is kind of gross. It looks all bloody and you can't imagine this will make a fine cake, but it does. It really does. 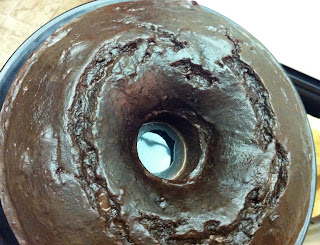 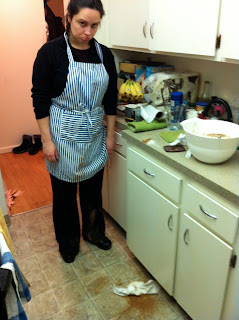 As usual, I had a couple mishaps along the way. The cocoa disaster of 2013 landed triumphantly on the floor while I was making a cake I had little interest in, as if to say: this will suck because you thought it would. And then there was the glaze disaster. I really don't know what to say about that. But I recovered. And I recovered the cake. And it was good. It was really, really good to my total shock. 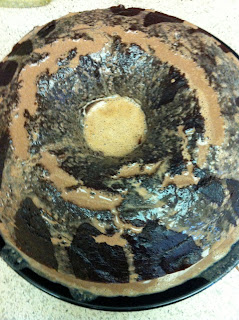 The strange thing about the cake itself was that it wasn't good the day after I made it. It was just ok. It was like any kind of "lighter" chocolate cake you could make. But after three days the moistness really took over and the beets really did inspire a deeper chocolate flavor. They turned out to be a pretty nice compliment to cocoa. I never would have thought this to be the case but it's true but I didn't really taste any beet flavor or texture. Still, I'm not sold on the idea that eating cake is good for you just because veggies are hidden in there. But I did think it was a good cake and I was pleasantly surprised with the results. 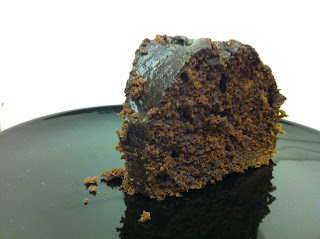 Then I went out on a bigger limb and made Cardamom Parsnip cupcakes. I got both of these recipes from Martha Stewart's website. I'm not sure that I would make the chocolate beet cake again, but let me tell you, the cupcakes were out of this world. These I intend to make over and over again and feed them to everyone I know. 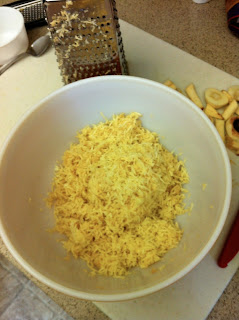 Weirdly, parsnips have never interested me at all. I don't dislike them, but I also find little use for them at all. I don't use them for stock because I think they make the flavor too bitter. I have only really enjoyed them once before, which was when I sauteed them with carrots, butter, and whiskey for Thanksgiving. That was incredible, but nothing compared to these cupcakes. 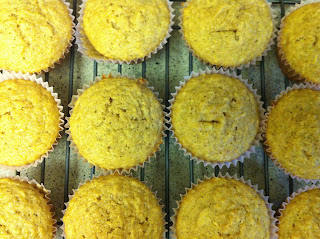 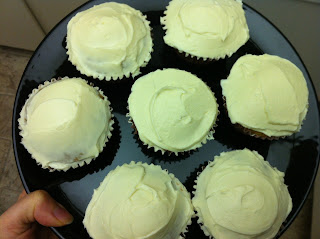 It never would have crossed my mind to make these if it wasn't for the Daring Bakers. So, even if I was reluctant and uninterested in the challenge, I found out something new and exciting that really delighted me.

The cupcakes were a hit at a party I brought them to, and no one guessed parsnips were the secret ingredient. It was fun to surprise people and I think I understand the benefits of  hidden veggies a little better. I saw some of the other Daring Bakers came up with sweet potato butterscotch blondies, avocado brownies, spinach cake that was really green, and an awe inspiring Swiss roll with purple yams. I finally feel inspired to try out more of these recipes! Yum! 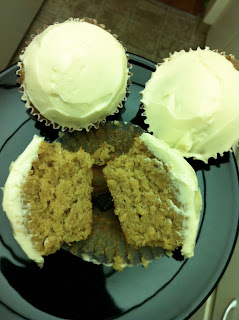 I called my mom to tell her about these incredible cupcakes, but when I said that I made them with parsnips, she said: "No you mean carrot. Carrot cupcakes."

Yeah but I made them into something sweet. You've got to try this recipe. I tried to make dessert with vegetables.

Oh ya, I heard people are doing that now.

It makes sense to be apprehensive about this at first, but I highly recommend giving it a try!