Last Saturday I had an interview. It was early. I was tired. And out of it. I have no idea if I did well or not. I do know that the sweat from my armpits made my pink silk shirt completely wet and noticeable for miles. I'm not normally a sweaty person but it must have been nerves. Or it might have been that hormonal female feeling in which your body shouts: "Today will be a bad day. And you're stupid, fat, and pathetic."

Coupled with that fat and stupid feeling comes the necessity to eat a cupcake, which I did right after the interview. I went to a place I saw from the train that I was excited to try but alas. The look of their establishment was much nicer than the actual product. For shame. Cupcakes need to have taste. We already know that cream cheese frosting tastes like cream cheese and sugar, so why is that the only flavor available to the entire cupcake? My cupcakes kicks your cupcakes asses.

Right now I am a Pam with no Jim. It's not that I wish for the romance, more so just the company and laughter. I have overheard a customer-facing co-worker fart a few feet away from me. She is a rather miserable excuse of a human being. If I don't hear her farting then she is coughing up phlegm or belching or talking to herself about how everyone hates her. This same woman told me that I was unprofessional the other day.

The FedEx guy was just here. He doesn't like lifting boxes but I was told to ask him if he would take extra today. He grumbled and huffed and puffed then he left without a word. I had to run to the other side for a minute and when I got back someone let him back in. There were some papers on the floor so I threw them away. I figured he missed the garbage can in his huffy puffiness. Before leaving he asked if I had the tracking number list but I had no idea what he was talking about. He said he left it on my desk, but there was nothing. I realized he meant the papers that were on the floor but by that time the garbage man dumped them. The FedEx guy nearly blew my house down but looked through the garbage with me. He found it, threw it at me, and left.

Last night I drank an amazing Sauvignon Blanc from Kim Gordon. I highly recommend it. I've been thinking about it all day. That and the Blue Moon I drank Sunday. And the Primitivo I drank Saturday. Tonight might be a whisky on the rocks.
Posted by Aviva O'Byrne at 10:47 AM 1 comment:

Trying to come up with ways to

But she thinks otherwise

And I want to make something over but don't

Trying for new all the time

Epiphany; it's ok for things to stay the same

All wants are still reasonable but

Settling is comfort
Posted by Aviva O'Byrne at 10:25 AM No comments: 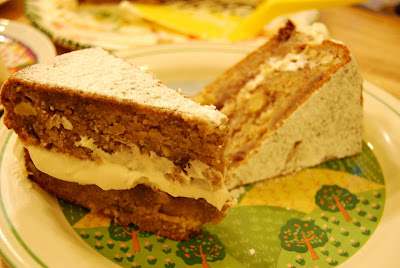 I haven't been able to breathe in the last two weeks, not only because of asthma but because I haven't been taking care of myself the way I used to. I haven't gone to the gym and I haven't been to a yoga class in about a month. It's an extreme oddity to miss that much yoga but there was a funeral then I was sick and then I was out of town and then I had the worst asthma attack ever and then there was a huge birthday party. I've managed to take a few walks here and there but with the weather schizophrenia in Chicago I find excuses all the time.

The day after the funeral I attended I baked a Hummingbird Cake. I planned it as a stress relief exercise thinking that I would be emotionally overwrought. However, the funeral of my friend's mom was delightful. Really. Family and friends had gathered to genuinely celebrate a life. There was smiling and laughing and I had amazing conversations with people I hadn't seen in years. I felt lucky to be touched by this family and extremely lucky to have known this woman. She always made me feel like I was one of them and the things said about her throughout the day were just beautiful.

It's interesting when a person you know can still touch you even when you're in the background and not part of their daily life. I have several friends that I only speak to once or twice a year but it's as if I saw them yesterday. Those sweet shared experiences will always hover in memory and bond us. It's truly fortunate.

I thought about this as I made the Hummingbird Cake. It's full of naturally sweet ingredients like bananas and pineapples so I used a little honey instead of refined sugar and only 2 egg yolks total. The frosting was made with cream cheese and maple syrup. One slice surely wasn't too rich but sweet all the same. Martha Stewart's website had this to say about the name of the Hummingbird Cake: Some say this Southern layer cake earned its name because each otherworldly bite makes you hum with delight. Another theory is that it's as sweet as the sugared water used to attract its hovering namesake.

Either way, it's delicious and it made my family appreciate banana in cake which they previously did not. As always, a little sweet helps. I'm going to try and make healthier choices from here on out though. There have been some heavy over-indulgences lately and I know it's time to stop. Not just because it's nearly bikini season or because I'm standing up in a wedding soonish, but I just want to live my best life. It's a silly Oprah saying, but sounds good to me right now.

The Hummingbird Cake was the last of the "healthier" treats and then I totally went crazy with cakes and ice cream and pastry. I'm really feeling it. The amount of food and leftovers and just real junk we had for my Grandma's 80th b-day party deserves its own post, so more on that later.

I will say that Grandma's party made me well up in tears several times over. One moment when I nearly couldn't push them down was when my mom saw my friend come to the party. She said something to the effect of: " Wow, you just lost your mother but you came to celebrate my mom's birthday." The feeling of gratitude and love for him was shared by everyone in my family and the only real way we know to show it is to stuff him full of beers and brats and cake.
Posted by Aviva O'Byrne at 7:52 PM No comments:

The seeds of chili peppers have infiltrated my lungs. The heat and juice of these peppers are closing my breathing passages. I've been hacking up a storm everywhere I go obtaining frightened looks from co-workers and people on the train. A bouquet of peppers have bloomed in the center of my chest and they are content to tickle my trachea all day.

One time when I was working at the Italian restaurant my side work was to empty all the shakers of crushed red pepper so they could be washed. I set up this operation at the table where staff usually hung out at when it was slow. Since this was near closing time it seemed like the right spot. I opened all 42 shakers and proceeded to dump all the crushed red pepper out. The pepper made my nose itch. Then I sneezed a lot. When I was nearly half way done I started coughing like crazy. I stopped for a moment and backed away from the pepper to catch my breath. I went back and tried to do it faster but realized that I wasn't the only one coughing. The aroma of the crushed pepper was making its way to the lungs of customers. I had four other people hacking away and actually overheard someone say, "Where is that coming from?" Common sense should have told me to keep this project entirely away from customers but it waited until it was too late and there were complaints. Luckily the table was a little hidden and only one person loudly said "Oh it's her. She's doing that out in the dining room." I hurriedly moved the project into the kitchen where the bus guys and I were the only ones left to suffer.

I always think of this when I have an asthma attack. The only way to describe how it feels is to imagine sticking your head into a large container of crushed red pepper and taking deep inhales.

In one of my favorite films, Woman On Top, the main character teaches a class about cooking with spicy ingredients. There is an incredibly beautiful scene where Penelope Cruz inhales deeply from a chili pepper and it brings her back to a moment in the kitchen with her husband. He rubs the oil of a chili pepper on her lips and....see the movie. It's cute. Anyway during the 10th time I've watched this I thought about what that would be like if I were the actress. They would have needed a considerable amount of takes to catch me without a deep bark erupting from my throat.

I love spicy food, but don't really cook any.
Posted by Aviva O'Byrne at 11:00 AM No comments: